Preserving tomatoes from my garden for year-long use is something I look forward to every year.

And sun drying tomatoes is a great way to do it.

Really, the flavor can’t be beat!

So let’s learn how, along with my best tips for using and storing them.

How Are Sun Dried Tomatoes Made?

Sun dried tomatoes are a great food to keep around due to their flavor and versatility. You’ve probably seen the little jars of them in stores and wondered how they were made.

Since tomatoes have a skin, you need to first blanch them in hot water then cool rapidly. This causes the skin to separate from the tomatoes.

Not only does this add to their flavor, it also allows the tomatoes to dry faster.

So the next thing you do is arrange your tomatoes on a drying tray. I like this one, but you can do a DIY version with a wooden frame and cheese cloth: 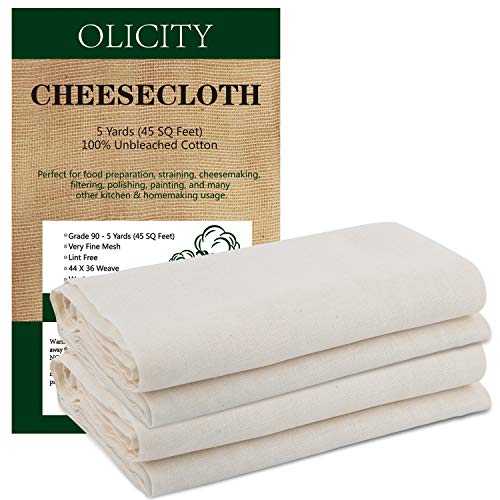 If you’re using cherry tomatoes, you don’t have to cut them – just place on the tray whole.

For all other tomatoes, slice them into chunks – the thinner they are, the faster they’ll dry.

Try to keep them uniform in size so they’ll dry evenly.

And when you put them on the drying tray, spread them out so they don’t touch or overlap. This, again, ensures even drying.

IMPORTANT: bring them in at night or when it’s raining – because of the whole moisture thing 😉

You’ll know they’re done when they are only slightly pliable and no water droplets leak out when you squeeze them.

Can You Make Sun Dried Tomatoes in a Greenhouse?

The simple answer is yes, although you’ll want to understand some of the challenges with this method.

Greenhouse conditions are somewhat dependent on the weather. If you’re in a period of consistently sunny weather, then your tomatoes should dry well.

However, on overcast days or the temperatures aren’t as desired, then you may not get great results.

In fact, I’ve read of some instances where they dried tomatoes in a greenhouse and ended up with nothing but spoiled tomatoes.

Also, moisture buildup in greenhouses is a problem.

If you’ve ever been in a greenhouse before, then you know the air is thick with moisture.

This obviously isn’t ideal for drying conditions. If using a greenhouse to dry anything, you’ll have to open and close the doors throughout the day to manually regulate airflow.

How To: Sun Dried Tomatoes in a Dehydrator

Although the term “sun-dried” implies you’ll be using solar power, you can get great dried tomatoes in a dehydrator as well.

And if you live in an area where you don’t have sunny weather or are trying to dry tomatoes out of season, this may be your best option.

Start by washing your tomatoes thoroughly and then slicing into 1/4-1/2 inch thicknesses.

This sizing is important as too thin or thick and the slices may burn or dry poorly.

If you have oval tomatoes like roma tomatoes, slice them lengthwise.

Remove the seed gel to reduce drying time. This isn’t necessary but can save you in the long run.

Then, lay them with skin side down on the dehydrator trays. Leave space between the slices so air can circulate freely.

Set the temperature on the tomatoes for 135 and let them dry until they reach a leather or crispy stage. This should take about 6-8 hours.

If you don’t already have one, this is the dehydrator I recommend: 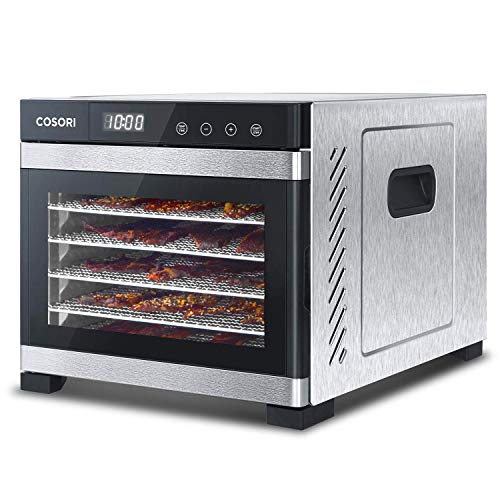 Since water content between tomatoes can vary greatly, keep an eye on them. Remove when dry and allow to cool for 10 minutes before storing.

How to Sun Dry Tomatoes in an Oven

You can also use your oven to make dried tomatoes. In order to do this, you’ll simply need fresh tomatoes, sea salt, and olive oil (if you want to store them in oil).

For ovens, cherry or grape tomatoes tend to do best and cook the fastest.

After washing, slice them in half lengthwise and spread them on a parchment covered baking sheet. Sprinkle lightly with sea salt.

Heat the oven to 250 F and bake for 3-4 hours at a low heat or until they reach your desired doneness.

You don’t have to rotate them, but it’s a good idea to keep an eye on them towards the end as it’s easy to burn them.

Once they’re done, you can store as-is or in olive oil.

How to Make Sun Dried Tomatoes in Oil

Since water is a medium for bacterial growth, storing your tomatoes in oil is a simple way to extend their storage time.

It also keeps the tomatoes soft so they’re easy to use.

There are just a few steps you’ll want to take to ensure you store them correctly.

Start by dipping the dried tomatoes in vinegar. Red wine vinegar is the best option.

Dip the tomatoes in the vinegar for a minute and allow them to drip before placing them in a quart jar.

Fill the jar until they’ve reached the shoulder. It’s fine to compress the tomatoes in the process.

Add olive oil to the jar until the tomatoes are covered.

You’ll need a fair amount of oil so be prepared, but this oil will keep and can be used for dressings and cooking (so it’s not wasted).

Store the container in a cool, dry place as oil can turn rancid when exposed to heat and light.

How to Cook with Sun Dried Tomatoes

Sun dried tomatoes offer a great deal of flavor and can be used in a variety of ways.

If you’re using tomatoes that are dry-packed, your recipe may call for you to reconstitute them.

Keep in mind that you don’t have to reconstitute the tomatoes though.

If tomatoes are packed in oil, they stay soft and can be used as is. Be sure to drain the oil before using.

I personally love to use them in pasta dishes.

If you went the “dried with no oil route,” you can simply chop and add to dishes like artichoke and sun dried tomato pasta or slow cooker recipes where they really impart their flavor thanks to the low and slow style.

How to Reconstitute Sun Dried Tomatoes

I already briefly mentioned this, but I wanted to share a few more tips to you help rehydrate your tomatoes just right.

One of the simplest methods is with plain water, but this is best for tomatoes that are going to be used in recipes.

Keep in mind that tomatoes can also be reconstituted in a variety of liquids.

One method that works really well is rehydrating them with broth. This adds flavor and is just as easy as the water method.

Vegetable or chicken broth are both great options so use your favorite. The mild flavor of the broth pairs well with tomatoes without overpowering them.

Use a half cup of the dried tomatoes and place in a heat-proof bowl. Cover them with one cup of broth or use a teaspoon of salt dissolved in a cup of warm water if you don’t have any broth handy.

Cover the bowl and heat in the microwave for two minutes. Allow the tomato broth mixture to sit for a few minutes until they can be easily pierced with a fork.

Drain well and use as desired. Any leftover tomatoes can be topped with oil and then refrigerated for use.

How to Store Sun Dried Tomatoes

Whether you make your own sun dried tomatoes or purchase them, storage is important.

After all, you don’t want all of your hard work to go to waste!

So first and foremost, they need to cool and dry completely. Don’t rush that process!

Ensuring the tomatoes are both sufficiently cool and dry is what will help prevent mold growth.

Homemade dried tomatoes may still have some residual moisture, so it may be best to store them in a freezer.

Inspect any home dried tomatoes for moisture before storing for the best results. Make sure to label and date your tomatoes so that you know how long you have to use them up.

If you purchase commercially dried tomatoes, then you don’t have to refrigerate them. Once opened they store best in a cool place so the fridge is the best option.

After opening, it’s a good idea to use them within a few weeks.

If packing the tomatoes in oil, it’s best to keep them refrigerated. This is especially recommended if you’re packing in other flavor options such as garlic or fresh herbs.

Storing in the fridge will help to avoid developing botulism. Even if you store on the shelf, keep them refrigerated once opened.

Sun dried tomatoes don’t have the same shelf life as some other dried foods.

Regardless of which type of storage method you use, you’ll want to keep an eye on them before using. If you notice mold or a strange smell, discard them.

For tomatoes that are packed in oil, a jar that is not opened can last for 12 months from the date of packaging.

Now this is a guideline for commercially canned tomatoes and you may find that some DIY methods don’t provide the same results.

If you end up wanting to buy instead of DIY, I looove this brand of sun-dried tomatoes: 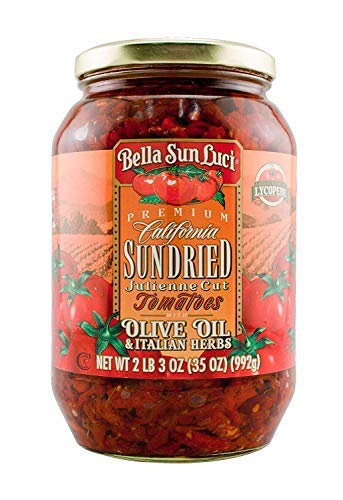 Once opened, you should keep the jars in the fridge and use within two weeks.

Unopened bags of dried tomatoes can last up to nine months in the fridge, on average.

On the shelf, they can last for six months to a year.

However, some tomatoes that are commercially prepared may last longer (due to added preservatives) so make sure to check the expiration date.

You can also turn sun dried tomatoes into powder. And since this is preservation method removes maximum water content, this option can last up to 24 months in the fridge.

Once opened, store in the fridge and use within six months or by the best-by date (if store-bought).

Regardless of the method you use, consider keeping the tomatoes in smaller containers to avoid waste.

How do I make sun dried cherry tomatoes? Is it the same process?

However, you should cut them in half and keep in mind that smaller tomatoes will typically dry in a shorter amount of time.

What are the best tomatoes for sun drying?

Although you can use whatever tomatoes you have handy for drying, Italian, Roma, and paste tomatoes are the best option. These dry best and will give you the best results.

Do you need to reconstitute sun dried tomatoes?

I’m a foodie that’s slightly obsessed with drying fruits, veggies, beans, and more – especially from my own garden! It started as a hobby but became a “must” when my family fell on hard times, and my dried food stash sustained us. Now I’m always experimenting with different techniques and recipes and sharing them here! 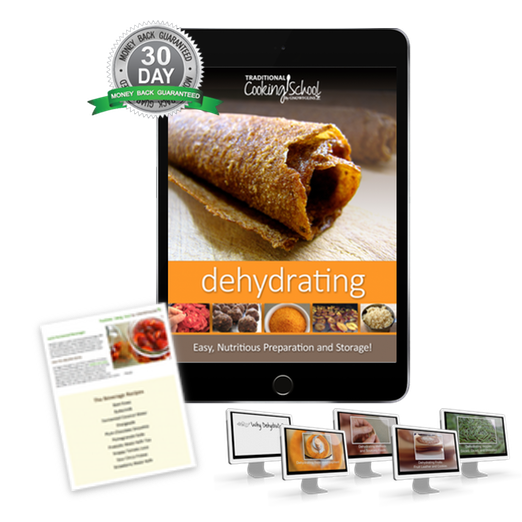 Who makes dehydrating foods a hobby? I do! My name is Quinn. I got into drying foods when I wanted to make trail mix for my kids as cheap as possible.

This site is where I test different drying techniques and share delicious recipes using dried foods!

How I Save on Organic Groceries: